On Poetry (by René Char)

I admit that intuition reasons and dictates orders the instant that it, carrier of keys, does not forget to make the trousseau of the embryonic forms of poetry vibrate by passing through the lofty cages where the echoes sleep, the chosen first-prodigies that, in passage, soak and fecundate them.

It befalls the poet to run aground in the course of his research on a shore where he was expected only much later, after his annihilation. Indifferent to the hostility of his entourage in the back, the poet gets organized, wears out his vigor, divides the term, fastens together the summits of wings.

The poet cannot dwell for long in the stratosphere of the Word. He must curl up in new tears and push further ahead into its order.

The poem is furious ascension; poetry, the game of dry riverbanks.

Poet custodian of the infinite faces of the living.

The poet, susceptible to exaggeration, reckons correctly in torment.

It is not worthy of the poet to mystify the lamb, to invest its wool.

Poetry is of all clear waters the one that lingers least in the reflection of its bridge.

Poetry, the future life at the interior of the requalified human.

Unstable, horrible, exquisite earth and the heterogeneous human condition mutually seize hold of and qualify each other. Poetry is drawn from the exalted summit of their watered silk.

The poem is the realized love of desire remaining desire.

Some require for her the reprieve of armor; their wound has the spleen of an et­­ernity of pincers. But the poetry that goes naked on its feet of reeds, on its feet of pebbles, does not let itself be reduced anywhere. Woman we kiss, time insane­, on her mouth; or side by side with the zenith-like cricket, she sings the night of winter in the poor bakery, under the crumb of a loaf of light.

The poet is not irritated by the hideous extinction of death but, confident in his particular touch, transforms everything into prolonged wool.

At the threshold of gravity, the poet constructs his road in the sky like a spider. Partly hidden from himself, he appears to others, in the rays of his unheard of ruse, mortally visible.

The lodging of the poet is most vague; the abyss of a sad fire bids for its table of white wood. The vitality of the poet is not a vitality from beyond but an actual diamond point of transcendent presences and pilgrim storms.

To be poet is to have the appetite for a malaise whose consummation, amidst the whirlwinds of the totality of existing and perceived things, provokes, at the moment of its enclosure, felicity.

The poem gives and receives from its multitude the entire approach of the poet expatriated from his closed doors. Behind this slatted shutter of burnt blood, the cry of a force that will destroy itself and it alone because it is horrified by force, its subjective and sterile sister.

The poet torments the form and voice of his fountains with the help of unjudgeable secrets.

The poet recommends: “Incline yourself, incline yourself more strenuously.” He doesn’t always leave the page unscathed, but like the poor he knows to make good use of an olive’s eternity.

To every collapse of proofs, the poet responds with a balm from the future.

After the delivery of his treasures (swirling between two bridges) and the abandonment of his sweat, the poet, other half of the body, summit of breath in the unknown, the poet is no longer the reflection of an accomplished fact. Nothing measures him, binds him anymore. The serene city, the unperforated city is before him.

Upright, growing in duration, the poem, mystery that enthrones. At a distance, following the path of the town vineyard, the poet, great Commencer, the intransitive poet, ordinary in his intravenous splendors, the poet dragging the misfortune of his own abyss, with Woman at his side inquiring into rare grapes.

Magician of insecurity, the poet has only adopted satisfactions. Ash forever incomplete.

I am the poet, leader of dried wells that your distances, o my love, supply.

The experience that life denies, which the poet prefers.

At the center of poetry, a detractor awaits you. This is your sovereign. Fight loyally against him.

In poetry, to become is to reconcile. The poet does not speak the truth, he lives it; and living it, he becomes a liar. Paradox of the Muses: rightness of the poem.

In the tissue of the poem must be rediscovered an equal number of hidden tunnels, rooms of harmony, and at the same time future elements, havens of sun, specious trails, and existents calling out to each other. The poet is the courier of all of this that forms an order. And an order insurgent.

Poetry will steal my death from me.

One could not begin a poem without a modicum of error about oneself and the world, without a straw of innocence in first words.

Poetry is this fruit that we will be, ripened, with jubilation, in our hand, at the very moment it appears to us, from an uncertain future, on the frosted stalk, in the chalice of the flower.

The design of poetry being to render us sovereign by impersonalizing us, we touch, thanks to the poem, the plenitude of that which was only drafted or deformed by the boastings of the individual.

Poems are the incorruptible pieces of existence we launch at the repugnant maw of death, but high enough so that, ricocheting off of it, they fall into the name-giving world of unity.

In the poem, every or nearly every word should be used in its original sense. Some, standing out free, become multivalent. It is amnesic. The constellation of the Solitary is strained.

My profession is a peak experience.

A poet must leave traces of his passage, not proofs of it. Only the traces make dream.

Reality without the dislocating energy of poetry, what’s that?

To make a poem is to take possession of a nuptial beyond that, yes, is found in this life, very attached to it, and yet is in proximity to death’s urns.

Poetry, unique climb of humans, that the sun of death not darken in the perfect and ludicrous infinity.

Poetry is at the same time speech and silent provocation, despairing of our being-challenging for the arrival of a reality that will be without concurrence. It is rot-proof. Imperishable, no, for it runs risks like everything else. But the only one that visibly triumphs over material death. Such is Beauty, high-sea Beauty, come into being since the first times of our heart, sometimes ridiculously conscious, sometimes luminously conversant.

The only signature at the bottom of blank life is poetry, which designs it. And always between our splintered heart and the seeming cascade.

To poetry night hastens, awakening breaks, when one is enthused to express it. Whatever the length of its lead rein, poetry hurts us, and we its receding line.

The poet is the part of man refractory to calculated projects. He may be called to pay any price for this privilege or this ball and chain. He must know that evil always comes from farther away than one thinks, and is bound to die only on the barricade one has chosen for it.

The poet has a back-country; only its fence is dark.
No lodge floats long on this ice field that, at the whim of its caprice, is given to us and taken back. But it shows to our eyes the flash and its virgin resources.

In poetry, one only lives in the place one leaves, one only creates the work one is detached from, one only obtains duration by wiping time out.

The duty of the Prince is, during the let-up between seasons and the siesta of happy times, to produce an Art with the help of clouds, an Art that would come from pain and would lead to pain.

The poignant and so grave act of writing when anxiety rises up on its elbows to observe and such that our happiness enters naked into the wind of the way.

The poet notices the amount of insignificant pages he writes. He has all the streets of forgetful life to hand out his average alms and spit the little blood that won’t kill him.

Poetry will always be first and foremost an escape, the inevitable prison and the assurance that this evasion of the long and deadly aftermath has succeeded.

In love, in poetry, snow is not the she-wolf of January but the partridge of Spring.

We are once again here head to head, o Poetry. Your return signifies that I must yet again measure myself with you, with your juvenile hostility, with your tranquil thirst for space, and hold everything ready for your joy balancing this unknown at my disposal. 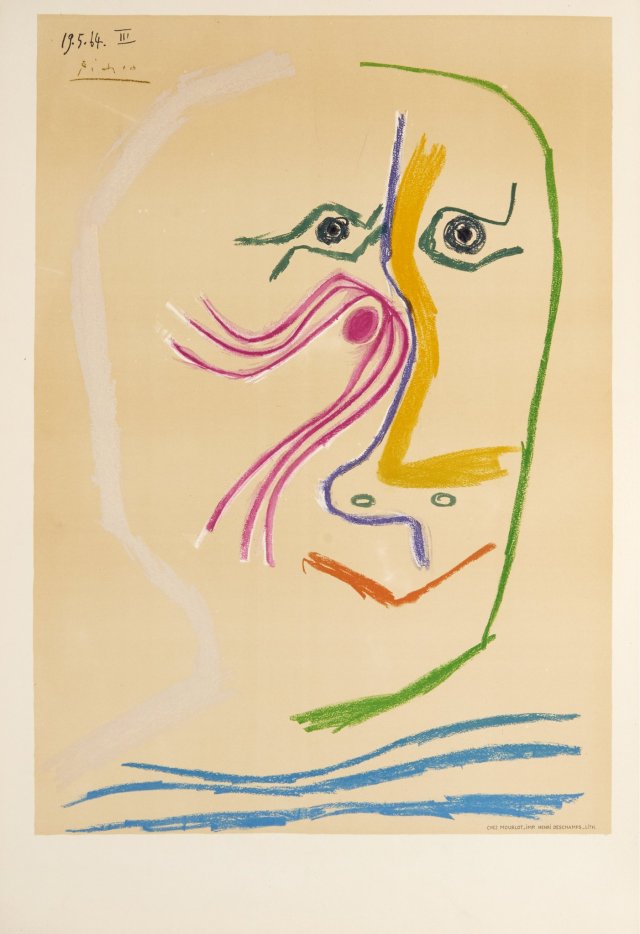